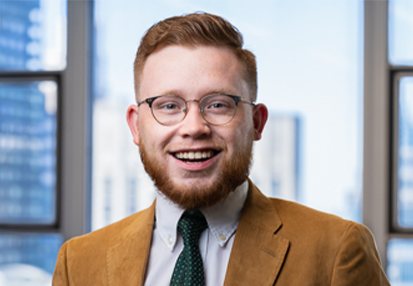 Austin is an Analyst at TM Capital who joined the New York Office in spring of 2021.

Prior to joining TM Capital, Austin worked in the transaction services group at KPMG where he worked on both due diligence and M&A strategy roles.

Austin is a proud graduate of the University of Alabama with a Bachelor of Science in Finance and Accounting and a minor in Mathematics. During his studies he was inducted as a member of the JASONS Senior Mens Honorary.

Austin now resides in Williamsburg and outside of work thoroughly enjoys listening to live music, skiing, travelling and cheering on the Crimson Tide.